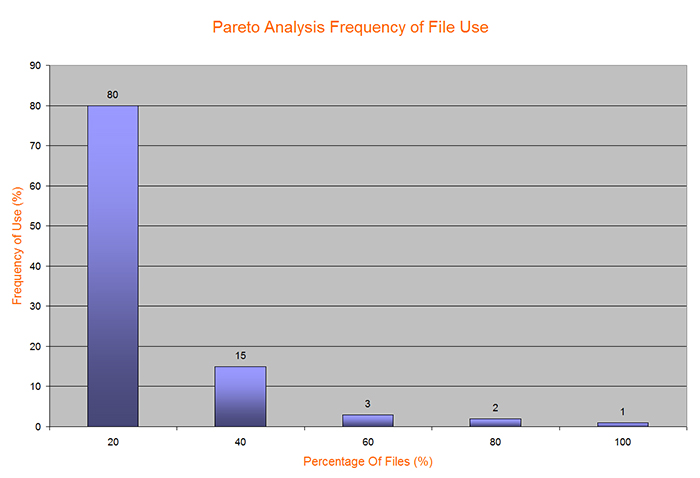 Pareto's Law is a natural law that we see everywhere in our universe. It is also known as the 80/20 rule. You've most likely heard of it expressed in different ways. e.g. 20% of the population owns 80% of the wealth. 80% of a company's profits come from 20% of its customers... and so on.

Hard drive file use is also described by Pareto's Law and that is 80% of the time, you only use 20% of your files. It's probably even more skewed than that 95% of the time, you use only 5% of all the files on your hard drive. i.e. you are accessing most of the same files over and over again.