Significantly more powerful and feature-rich than ever before, UltimateDefrag5 takes defragmentation and hard drive optimization to the next level to enable you to squeeze every millisecond of performance from your hard drive.

UltimateDefrag Version 5 is designed to optimize traditional mechanical platter based hard drive performance and also includes all the features you need to perform a certain degree of file system defragmentation required to maintain your SSD (Solid State Drive) for optimal performance using our proprietary defragmentation algorithms developed specifically for SSDs.

Here are some of the new features you can expect to enjoy when you purchase Version 5....

• Entire Code Completely Streamlined And Optimized. We effectively went through all the code line by line to ensure highest quality programming every step of the way. We also improved our approach to some of the defragmentation algorithms. UltimateDefrag is now a native 64 bit application which eliminates the memory limitations of 32 bit programs. UltimateDefrag is now only limited by the amount of memory on your system and/or limits imposed by the operating system.

• Much Faster Analysis and Defragmentation. Along with the optimization of the code, we also were able to significantly improve drive analysis and defragmentation file sorting overhead by around 75% more than the previous version.

• New Defragmentation Methods and Enhancements of Existing Methods. We’ve incorporated a new defragmentation method that enables you to sort files on your drive by size - either ascending or descending size order. Some of the other methods that already existed have been further enhanced and fine tuned

• Solid State Drive Support With Specific Algorithms For SSD Defragmentation Operations To Minimize Wear Leveling. Even though the general consensus is that SSDs do not need defragmentation and that defragmentation wears out SSDs faster, there are still justifiable reasons to defragment SSDs. You are defragmenting the file system as NTFS sees it and removing a lot of I/O overhead. Our options enable you to choose to either not defragment your SSD, to treat it like a normal drive, or to apply our algorithms optimally designed for SSDs where it moves the least amount of data necessary and to minimize wear and to minimize the rate of refragmentation. 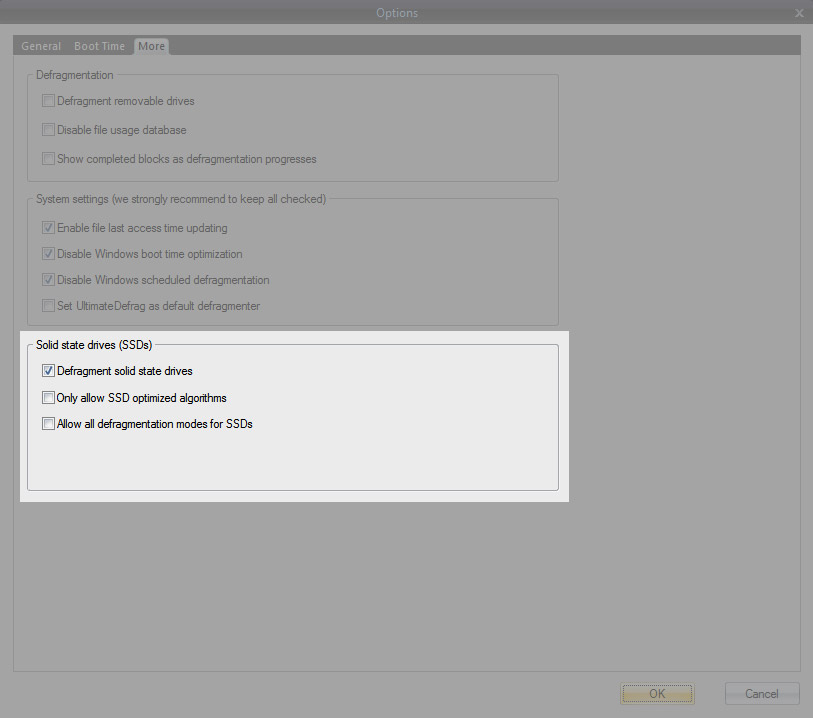 • Command Line Support. The full power and flexibility of UltimateDefrag GUI version can all now be used via Command Line complete with the full array of options and switches. 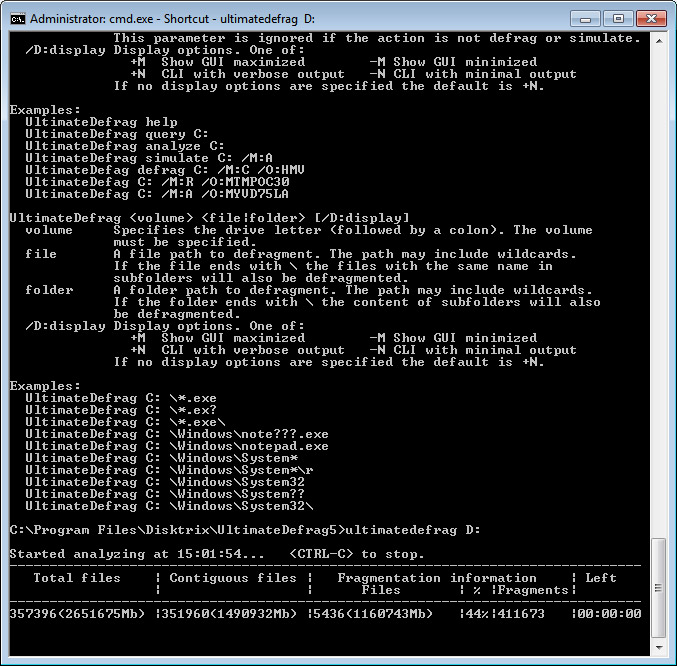 • Windows Shell support. Within Windows Explorer, you can now right click on any file or folder and perform a number of defragmentation operations on that file and folder without even running UltimateDefrag. Defragment a file or complete contents of a folder just by right clicking on it within Windows and selecting the defragment operation! 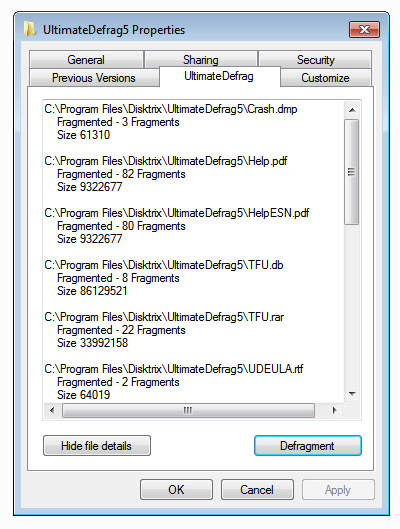 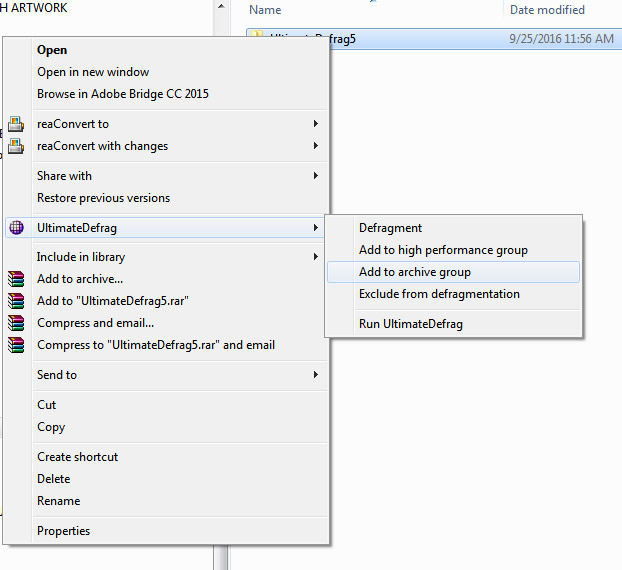 • Support For Volume Shadow Copy Enabled Drives. Options to overcome any limitations and issues that defragmentation might encounter on VSC enabled drives. 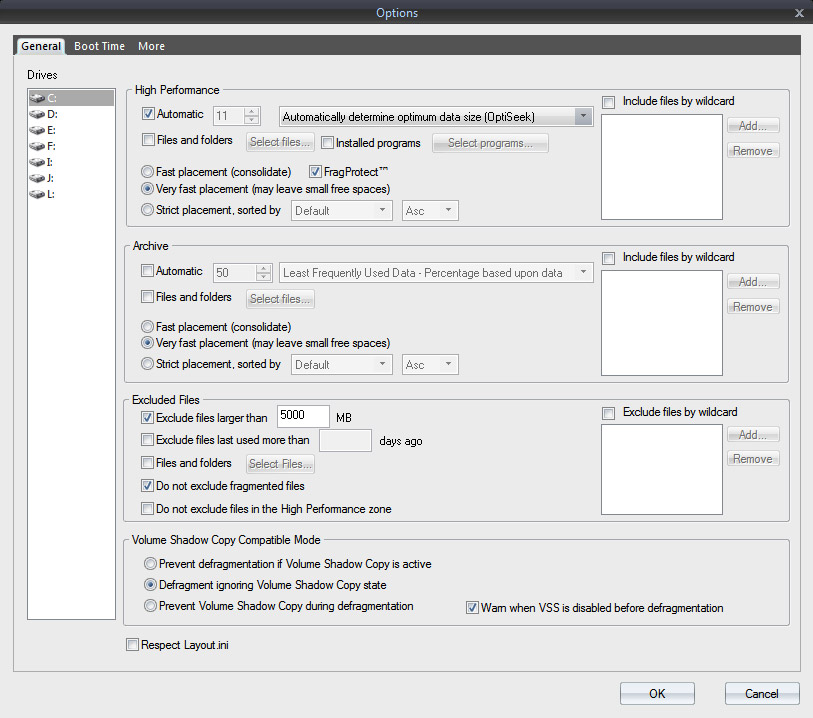 • Same Familiar Interface. We have maintained the same Graphical User Interface that you are familiar with.

• Multiple Language Support. UltimateDefrag now supports multiple languages. We are intially releasing an English and a Spanish version. Other languages will be available in the future.

• Many Other Miscellaneous Enhancements And Bug Fixes. We’ve drilled right down into the code to correct any minor bugs as well as enhance and improve algorithms and performance. 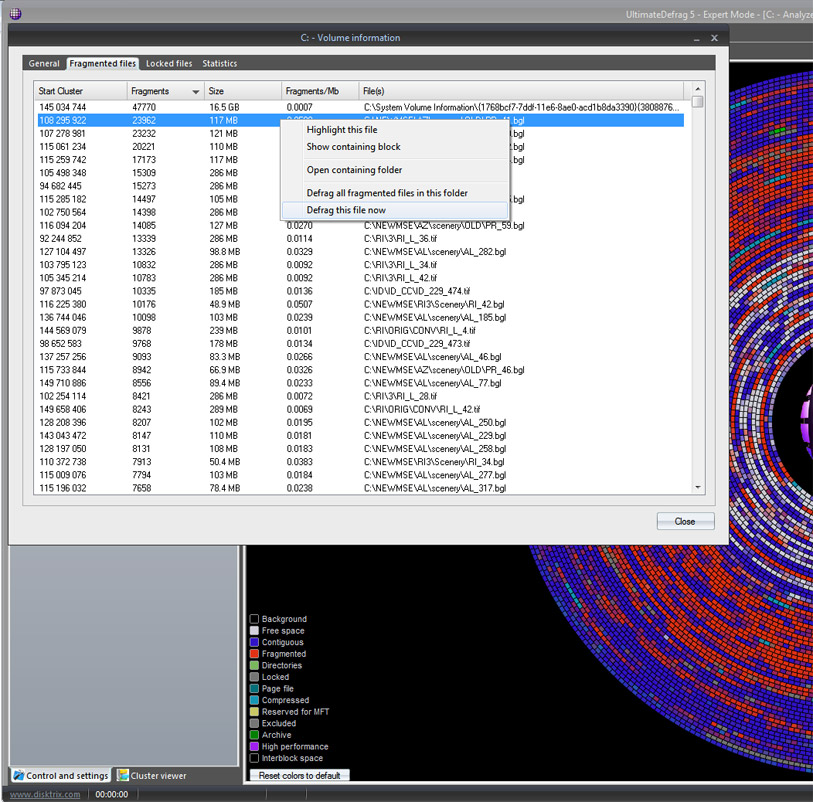 In spite of all of these changes and improvements to the program one thing still remains and that is that optimal hard drive performance for your PC remains the #1 priority of UltimateDefrag. All of the new features simply make it easier and faster to achieve that state.